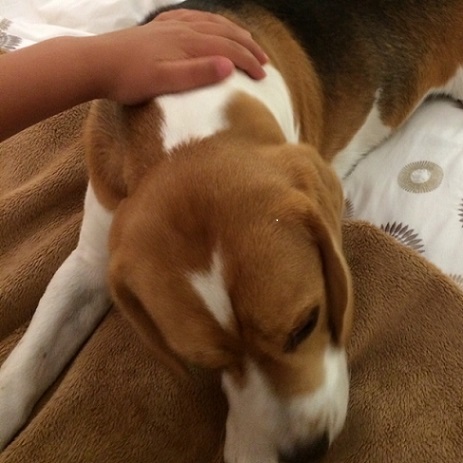 Long time ago, babies were born into their mothers’ welcoming arms. The babies could not walk or talk, so the mothers carried them around and responded to their needs as they arose. The babies thrived and gradually grew to increasing physical and emotional independence. They received touch, were rocked by the mothers’ movements and were exposed to sensory stimuli in a safe and nurturing environment, thereby learning to integrate their sensory experiences in a healthy way.

Then the wheel was invented and it started to turn. Faster and faster until mothers were stressed and busy. Babies were increasingly left to their own devices. Babies could make less sense of the loud, bright, scary world without someone to snuggle against. And strollers and baby seats rendered them unable to roll, reach and move. The babies craved their mothers’ touch.

One day, scientists discovered that babies’ brains needed touch to develop optimally. That the babies needed to move to wire their brains properly. That the babies needed to be held and loved, so they could make sense of the sensory chaos of their new world and adjust their emotional responses accordingly. The scientists told the mothers all of this. The mothers cried and picked up their children. They held them close and ran away from the busyness of their lives. They played and became attuned to each others’ needs again. And everyone lived happily ever after. The end? Not hardly.

What if we were all to hold and stroke our children for 10 extra minutes a day? Apparently it would lessen their reflux as babies. An extra 20 minutes? It would seemingly help them score higher on developmental assessments. And improve motor skill learning. Wow. Getting the urge to hug your child yet?

Animal studies have shown that sensory deprivation in youngsters may lead to attentional deficits in later life; however, it was demonstrated that these deficits could be undone to a large degree by tactile stimulation with a paintbrush. Sounds like a fun game: “Let’s see if you can ‘paint’ your little sister blue, without her laughing or squirming.”

Studies have illustrated the existence of only 62 pathways linking 13 brain areas in the somatosensory/motor system, compared to the 187 pathways linking 32 brain areas for vision. This would mean the brain would easily revert to visual input in the absence of touch and would use vision to try and interpret touch. It seems that tactile stimulation improves the brain’s perception of touch, but also expands the area of brain associated with the body part that was touched, creating more skilled and precise movement. And this is why occupational therapists love to brush children. Makes me want to brush the whole family immediately, including the dog.

The power of touch is highly underrated and truly astounding.